Any driver who has made at least one road trip as the sole responsibility party of a load has seen how important and vast the trip planning process can be. Many times, new drivers assume “trip planning” just means getting from one destination to the next via the most efficient route (and the GPS can handle that). This is certainly part of it, but there are many other aspects as well.

Another important component of driving a truck is ensuring your load is legal and meets all the federal, state, and local laws in which you will be traveling.

Going through scales for weight checks is a routine part of the truck driver’s life; yet, these stops can be frustrating for any trucker, especially if deadlines are tight.  Keeping the truck under the maximum allowed weight can be both time-saving and penalty-saving for the truck driver, and a key component to always factor in is the weight of the diesel fuel.

Weigh stations were put into place to help regulate the amount of cargo that commercial trucks can transport safely on highways in the United States. In addition, having laws that restrict the amount of weight a truck can carry helps reduce the amount of wear and tear damage that is caused to the roadways and bridges that these trucks pass over.

The maximum weight allowed by the DOT for a tractor trailer is 80,000 pounds (without additional licenses and permits).  This weight is calculated through two measurements: axle weight (the weight on each axle) and gross weight (the combined weight on all the axles).

One type is the single axle, in which the truck is driven over one set of scales.  As each axle is on the scale, its weight is taken, and then all the sections’ weights are combined for the total gross weight.

The second type of scales is the one stop.  A series of scales is used so that the weight of each axle is taken simultaneously with the other axle weights. The gross weight is then automatically calculated as one measurement.

A third type of scale may be used from time to time.  This method is called the weight-in-motion (WIM) scale.  The trucker drives the truck over a sensor pad, which calculates the gross weight without requiring the truck to stop.

Other checks may be done at weigh stations, such as log books and truck maintenance components.  The main purpose, though, of weigh stations is to monitor the weight of big rigs traveling the highways.

If you’ve ever wondered what happens should you get caught with an overweight load, then click here to check out the article I wrote on this very subject!

A common misconception that some truckers will argue is that diesel fuel evaporates, and this should be considered when calculating the weight of your truck.

Diesel fuel does not evaporate; though it can vaporize.  Much like the temperature and humidity impact, the impact that vaporization has on diesel is very small and should be ignored when calculating the weight of your truck.

It is best to calculate the weight of diesel fuel at 8 pounds per gallon (3.63 kilograms per 3.63 liters or a 1 to 1 correlation between kilograms and liters).  This will ensure the weight of the fuel combined with the remaining truck weight does not exceed the maximum of 80,000 pounds.

Impact of the Diesel Fuel Weight

Even though your truck fuel isn’t part of your cargo, it still counts towards the overall weight of your truck as well as the weight on the axles. If the cargo on your truck is close to the limit of your weight limits, it is important that you consider your fuel levels and estimate the weight of the diesel that you are holding. For our example, let’s consider the general freight hauler. The most fuel-efficient steer tires are tires rated at 12,000 pounds.  With 12,000 pounds on the steer axle, then the remaining 68,000 pounds will be on the sets of drive axles.

Note:  Per the requirements set forth by the United States Department of Safety, the maximum weight on any one axle is 20,000 pounds if the tires are rated for 20,000 pounds.  This, however, is not usually the most fuel-efficient distribution for the steer axle, so the 12,000-pound weight on the front is more common.

Since the fuel tanks will be on either side of the road tractor, then the weight of the fuel will primarily be on the steer axle and the first drive axle.

The tanks of a tractor trailer will hold a total of 125 to 300 gallons of diesel fuel.  The average miles per gallon (MPG) is 7 with the range varying anywhere between 4 MPG and 8 MPG.

To determine how much weight goes to each set of axles, the truck needs to be weighed right before adding fuel and then again right after fueling.

For example, let’s consider a semi that has these weight measurements before fueling:

Then 100 gallons of diesel fuel are added to the tanks.  The weight of the fuel is 8 pounds per gallon.  The new weight measurements are as follows:

From this, we can use the following formula to calculate how the fuel weight is distributed:

The percentage going to the steer axle is 87.5%.

Therefore, the percentage going to the drive axles is 12.5%.

The name of the app is Trucker Path and is available through Google Play and the Apple Store.

For a list of other apps that are super helpful to drivers while they are out on the road, check out my article here.

The specific regulations vary from state to state and can change.  It is best to stay aware of any regulatory changes in the specific area being traveled. In general, any commercial vehicle, including moving vans, weighing over 10,000 pounds needs to stop at weigh stations.

Again, the specific requirements vary from state to state, and any commercial vehicle driver should diligently stay ahead of this information.

If you are interested to find out what happens should you miss an open weigh station, have a look at this article that I wrote that covers it.

Weigh stations are a part of any truck driver’s job.  While aggravating at times, these weight checks are designed to protect both the trucker and the other motorists on the highways.

Being aware is the truck driver’s best defense-aware of his or her truck and aware of where the weigh stations are.  By planning the route with these mandatory stops in mind, the trucker can better gauge when to fuel up, hopefully after going through a weigh station.

A bit of pre-planning can safe both time and penalties, the key to success! 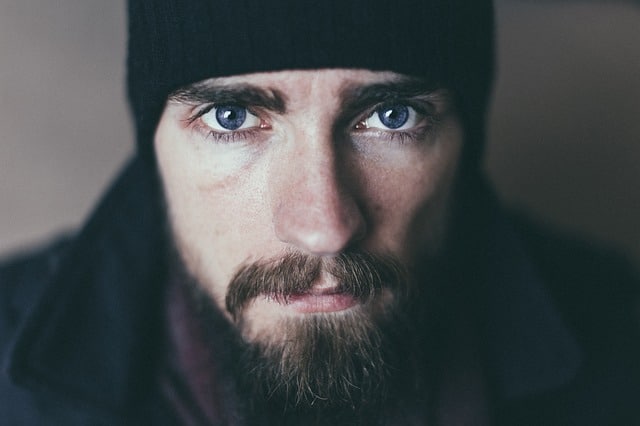